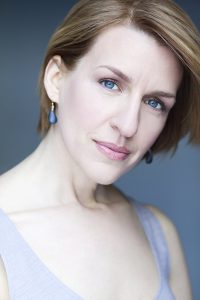 Susan Blackwell is an American Broadway and film actress, writer and singer, best known for her role in [title of show]. She joined [title of show] castmates Hunter Bell, Jeff Bowen and Heidi Blickenstaff for the off-Broadway musical Now.Here.This. for which she also co-wrote the book with Hunter Bell. She is well known by many Broadway stars through her online video show Side by Side by Susan Blackwell.

Ms. Blackwell has appeared on television in Law and Order, The Sopranos, Third Watch, All My Children, Person of Interest and Law and Order: Criminal Intent. Film credits include, P.S. I Love You, Margin Call, and Changing Lanes.

Many thanks to Ms. Blackwell for sharing her many talents and experience with our students. She was a delight and our students loved working with her.