Located on the original Las Vegas High School campus in downtown Las Vegas, Nevada, the Las Vegas Academy of the Arts was established in 1992.  The Las Vegas Academy of the Arts is a magnet school, which brings together culturally diverse students from all over Clark County. On August 22, 1993, 735 excited students entered the doors of the new Academy to pursue international studies and the performing arts. Because the program flourished during its first year, the decision was made to add the Visual Arts component. One year later, In August of 1994, over 1100 students were enrolled in the Academy, and the school became one of the most popular programs in the Clark County School District. Today, over 1,700 students enjoy this nationally recognized school. 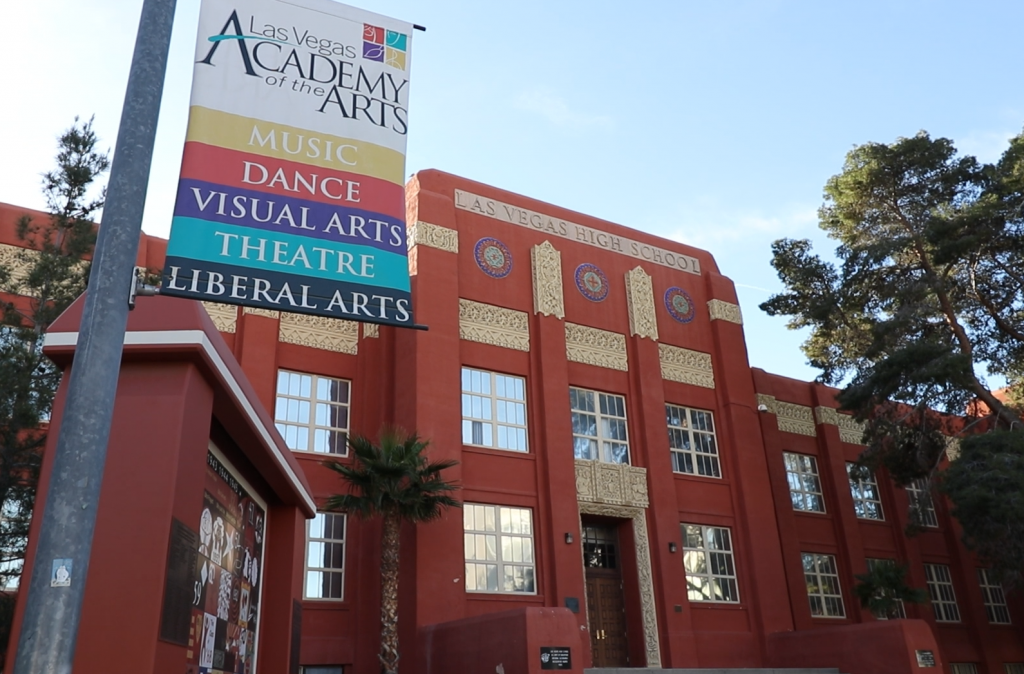 Located in the center of the Las Vegas High School Historical District, adjacent to historical Fremont Street in Downtown Las Vegas, the Academy offers students in grades 9 through 12 the opportunity to pursue a major in vocal music, dance, instrumental music, piano, theatre or theatre technology, and visual arts.  Students attend each class for 86 minutes per day as compared with the standard 50 minutes in a more traditional high school. The Academy is on a modified block scheduling: academic classes meet every other day; major classes meet every day. This scheduling provides for more intensive instruction in the student’s chosen major area. Students also attend an extended school day-one hour longer than the traditional high schools.

The Academy offers students an “intellectually challenging learning experience” and empowers them with the “skills and knowledge to compete successfully in the International workplace.” Since opening, the school has placed at the top of the Clark County School District’s academic program with standardized test scores maintained at the 75th or better percentiles. Sixty percent of its graduating seniors enroll in four-year universities each year and another ten percent enter junior colleges.

Las Vegas Academy has received national, state, and local accolades, including recognition from the White House. The Academy has received eight Grammy Signature School awards for excellence in music programs and has been recognized by the International Network of Performing and Visual Arts schools as a STAR school. The U.S. Department of Education has also honored the Las Vegas Academy of the Arts as a U.S. Blue Ribbon School.

The Vocal Department of the Las Vegas Academy is proud to be the “voice” of our school, and to continue its traditions of excellence.